Press enter to begin your search


In 1950, Rene Bussoz, owner of ‘Rene-Sports’ in Los Angeles, California,  became the exclusive U.S. distributor of the now famous “Aqua-Lung” diving regulator patented in 1945 by Jacques Yves Cousteau and Emile Gagnan (with all international patent rights assigned to the ‘Aire Liquide’ company, in France).Bussoz formed a new company called ” U.S. Divers Corporation” to administer the exclusive U.S.license – which had six year term.

The 1950 ‘Aqua-Lung’ regulator sold by U.S. Divers Corp. was the latest development of the original, French ‘CG45’ model of the Cousteau-Gagnan regulator and was assembled in Canada from French and Canadian-made parts. The regulator was a handsome unit, combining a satin chrome bottom case with a bright chrome top case, and sporting a black and chrome tag with the name “AQUA LUNG” prominently displayed. 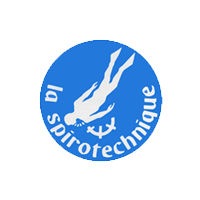 La Spirotechnique was formed in 1946 as the SCUBA division of L’ Aire Liquide and would produce the early models of the CG45 regulators and continue through the 1970’s to produce the Mistral and Royal Mistral regulators in various forms.

Voit Rubber Corporation was a subsidiary of AMF and got in into the regulator market in 1955 through a licensing agreement with US Divers to build regulators based on the Cousteau-Gagnan process.
Cosmetically they are different but under the skin several are identical in parts and operation to the US Divers models.

Voit Regulators skyrocketed to fame in 1958 by being the regulator used weekly by Mike Nelson in Sea Hunt and in 1965 by James Bond, Emilio Largo and the other agents of SPECTRE in the classic 007 film Thunderball.

Check out our blog here: