Forum rules
Discussion of diving methods and equipment available prior to the development of BCDs beyond the horse collar. This forum is dedicated to the pre-1970 diving.
Post Reply
7 posts • Page 1 of 1

- They may all be sold out by now but I wanted to show a picture of my early V2 Snark III regulator with The Scuba Museum's new blue hoses and mouthpiece. The old "V2" Snark III has a blue painted label that matches these hoses nicely. I know there are other regs that originally had blue hoses, too. So when SeaHunt Jerry called to tell me about these new hoses from the Scuba Museum, I quickly snapped up a set.
- Check 'em out at http://www.thescubamuseum.com/Online%20 ... y=20208401
SurfLung
The Freedom and Simplicity of Vintage Equipment and
Vintage Diving Technique are Why I Got Back Into Diving.

What's a "V2" Snark III...
- I am of the opinion that my blue hosed Snark III is a "V2" model and I base that on an article I read on the CG-45 website. Here's the story:
- The Snark III as we know it started out with a centered valve and yoke like most other double hose regs. It went thru a few versions like that until they came up with the offset mechanism we know as the Snark III. But the cans looked like the previous centered version. At first they made them for the military and just called them the "V2"... Which had black labels marked "Nemrod Modelo V2". Later these exact same models were sold with a blue label (and blue hoses) and the name "Snark III Nemrod by Seamless". This is why I call my reg the V2 version even though it isn't labeled that way. 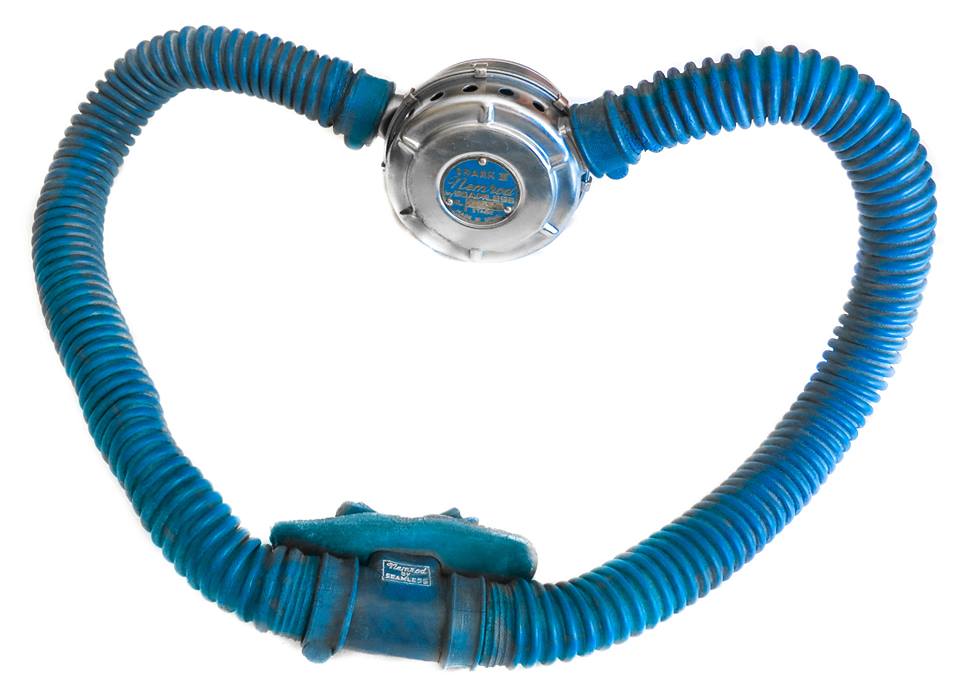 - V2 type Snark III Photo from CG45 Collection with permission. See http://www.cg-45.com/regulators/Nemrod/index.shtml
Extensive history of the Nemrod double hose regulators. The company started by going to France, buying a bunch of CG-45 regs, bringing them back to Spain and relabeling them "Nemrod CG-45". They later patented the CG-45 in Spain and manufactured it themselves. This explains why the V2 and Snark IIIs that came later have so many similarities to USD AquaMaster.
SurfLung
The Freedom and Simplicity of Vintage Equipment and
Vintage Diving Technique are Why I Got Back Into Diving.

Just received a pair of Rob's blue hoses and mouthpiece. Very nice. The color of the hoses are a perfect match to the mouth piece. Loving that they are in silicone. Going to toss them on a blue label. Very much appreciate Rob putting in the energy and $-risk to make these available. He's one of a kind.
“A skin diver is a fellow who pulls on a pair of fancy swimming trunks, some rubber fins, a diving mask and canvas gloves, then fills his lungs with air and noses down into the ocean looking for two fisted trouble.”

Now all of my dive buddies are calling me a vintage smurf diver. Thanks for that.

"The diver who collects specimens of underwater life has fun and becomes a keen underwater observer. .. seek slow-moving or attached organisms such as corals, starfish, or shelled creatures." (Golden Guide to Scuba Diving, 1968)

I bought a set too and they went on one of my modified Snark 3 blue label regs. They look AWESOME. I have 4 of these regs now. One of them was my first DH reg given to me in the middle 70's. One is all original, it even has the original cork on it. The fourth is on the "to do" list. I may heavily modify that one. 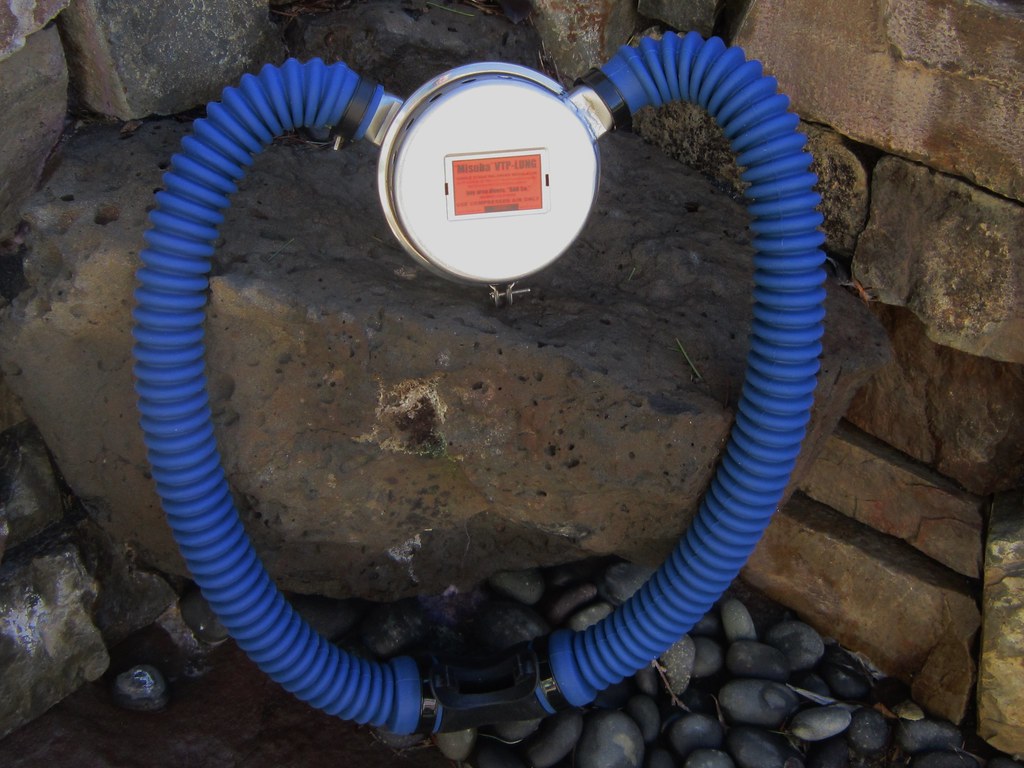 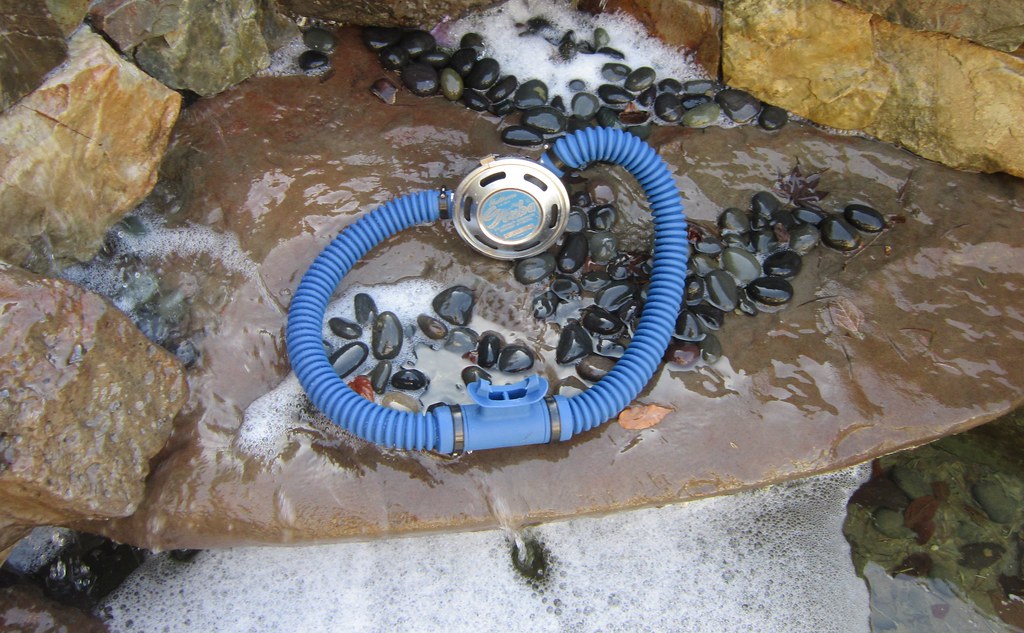 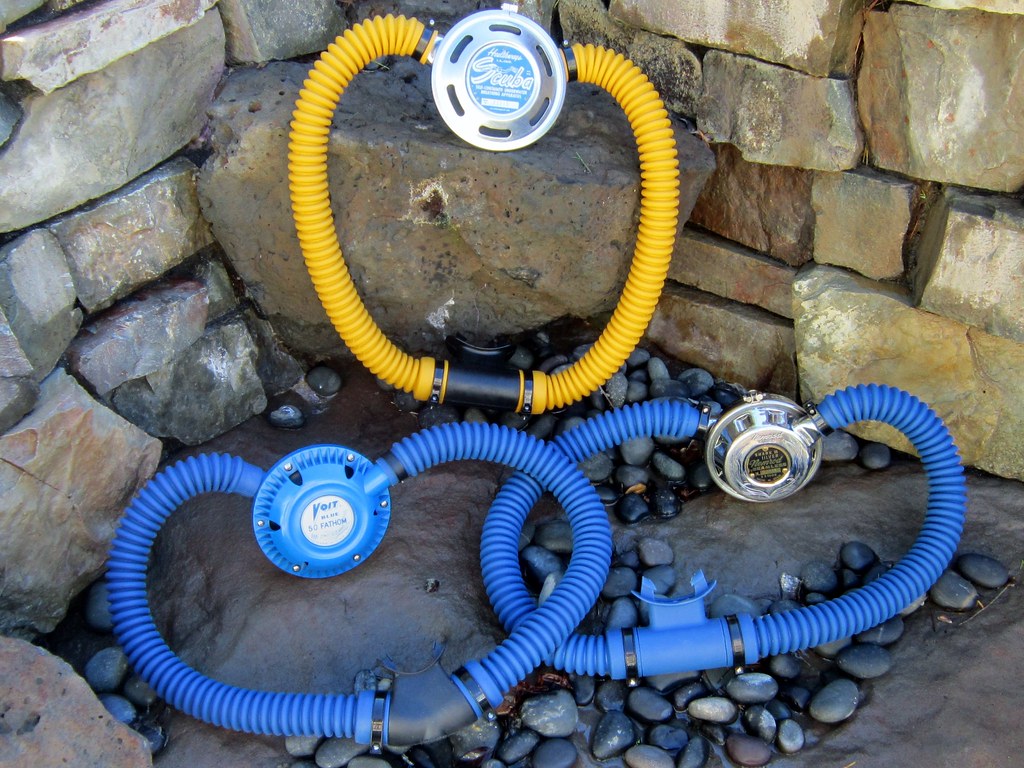 Misuba Rev4, Scuba, Snark Silver, and Titan II conversion all dressed in blue. The yellow hosed Scuba was also offered back in the day, so I included one in USD silicone/OEM straight mp.

Users browsing this forum: No registered users and 12 guests