Upon receiving the latest issue of The Journal of Diving History I read of the death of Robert F Marx. He was a prolific writer about diving history, marine archaeology, shipwrecks and general underwater adventure. My favorites were: Always Another Adventure (1967), Sea Fever (1972), Still More Adventures (1976), and Port Royal Rediscovered (1973). Unfortunately many of his books are not in print anymore so it takes some searching to find them. His views were occasionally controversial but his exploits and discovery of countless shipwrecks make him out to be a remarkable figure in diving history and marine archaeology.

I have a copy of the 1990 paperback edition of his History of Underwater Exploration (New York: Dover Publications) on a shelf in my diving literature bookcase. 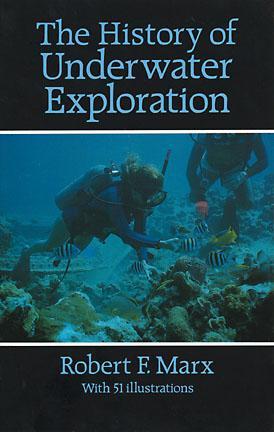 When I looked him up on Wikipedia, as a Brit I was surprised to see the title "Sir" written before his name, considering he was a US citizen. According to the tome above, he was made a Knight Commander in the order of Isabella the Catholic by the Spanish government in recognition of his voyage from Spain to San Salvador on board the Niña II, a replica of Columbus's ship, on which he served as co-organiser and navigator.

If anyone is interested, I took a peek at Abe Books. They sell used and out of print stuff. They have several titles by this author.

Thanks for the heads up on Abe Books. Found some of the books I remember.

The great Classic Diving Books website has a page dedicated to Robert Marx at:
http://www.classicdivebooks.info/oeclas ... marks.html
with plenty of illustrations, bibliographical information, personal reminiscences and a link to an interview with the author.
Post Reply
5 posts • Page 1 of 1

Users browsing this forum: No registered users and 10 guests